5 Reasons To Be Optimistic About The Stock Market

5 Reasons To Be Optimistic About The Stock Market

Submitted by Silverlight Asset Management, LLC on May 29th, 2020 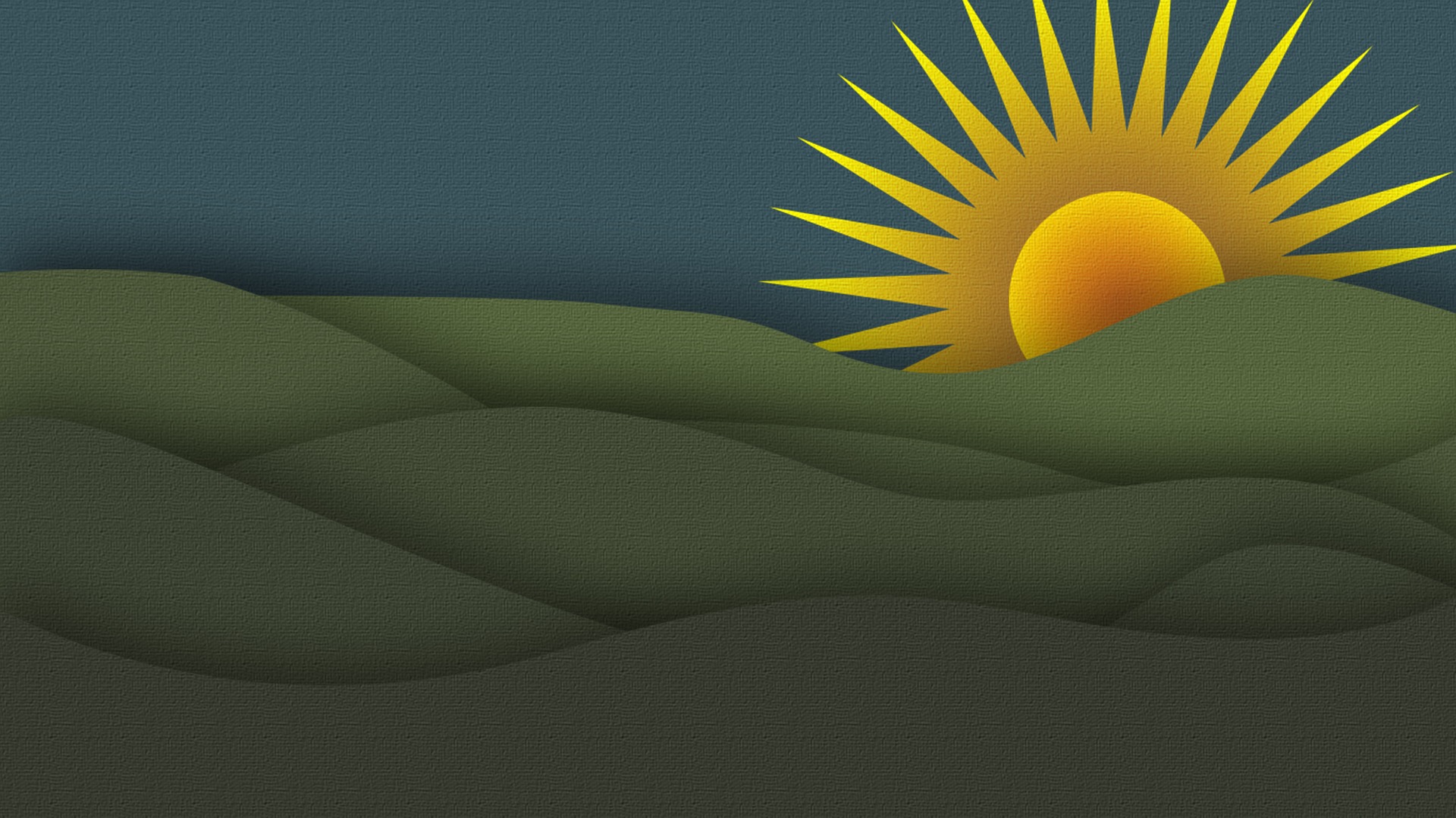 With all the coronavirus coverage, the tenor of the news flow has been unusually dour this year. That may explain the success of John Kransinki’s YouTube program, which only reports “good news.”

It took just two months for the Some Good News (SGN) channel to amass over 2.5 million subscribers. Krasinski and his network of star pals created a series of viral clips, including Brad Pitt’s cameo as a weatherman.

A bidding war quickly erupted to buy the show, which ViacomCBS won.

Equity investors can take a cue from Krasinski’s show, because it usually pays to see the sunny side in the stock market. But it can get tricky at cycle turns, when markets and the economy seem detached. If you’re caught in this fog, here are five reasons to be optimistic.

The number of coronavirus cases in the U.S. rose 1.2% on Wednesday to 1.69 million, according to data collected by Johns Hopkins University and Bloomberg news. That was below the average daily increase of 1.4% over the past week.​

While the number of new infections remains high, the outbreak is clearly decelerating. When the U.S. tested a record 441,000 people on Monday, the percent testing positive fell to a new low of 4.3%.

U.S. states are exiting lockdown despite stable or even rising case loads. The impact of the epidemic has been milder than feared, and it’s possible that new localized outbreaks can be contained without massive social controls. Goldman Sachs notes “Early Openers” have yet to see higher incidences of the virus.

Meanwhile, Dr. Anthony Fauci believes there’s a “good chance” a vaccine may be ready by November or December.

If you blinked, you may have missed it. The recession, I mean.

Activity and confidence numbers suggest the recession has troughed.

While the world economy is still battered, bruised, and will take time to fully recover, there are some encouraging signs.

“The U.S. economy appears set to turn the corner on the Covid-19 recession as businesses quickly reopen across the country,” said Mark Zandi, chief economist for Moody’s Analytics.

In January, I said policy factors would be the main driver of asset prices in 2020. The coronavirus pushed that theme into hyperdrive.

The Fed started expanding its balance sheet in the fourth quarter of 2019. Then, the amount of new money creation went parabolic in March. When money supply exceeds nominal GDP growth, as is presently the case, excess liquidity makes its way around the system, bidding up asset prices. 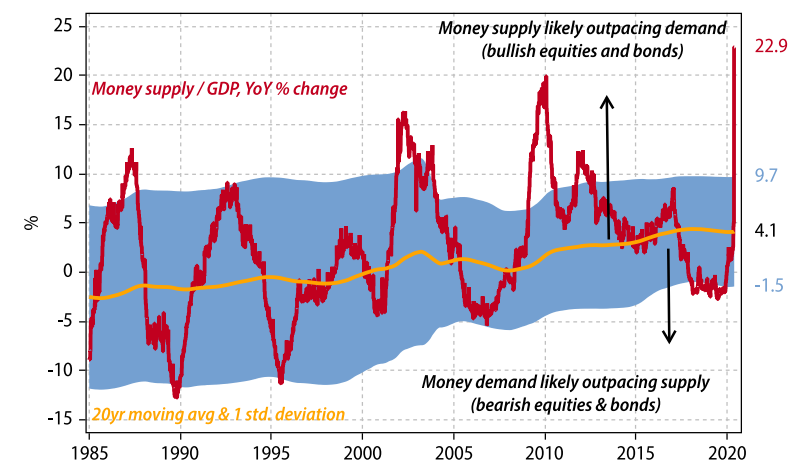 The liquidity surge won’t automatically fix all the solvency issues. That said, it’s hard to be bearish against this type of liquidity backdrop.

When money supply has exceeded GDP growth by a significant margin in the past—i.e. in 2002 and 2010—it foreshadowed major gains in equity indices. Currently, the ratio resides at an all-time high of 22.9.

Policy makers around the world are ramping up economic stimulus packages.

Japan just announced $1 trillion in new aid to households and businesses. The package unveiled Wednesday puts the total amount Japan will spend combating the virus at 234 trillion yen ($2.18 trillion)—approximately 40% of Japan’s GDP.  The overall package is approaching the size of the United States’ $2.3 trillion aid program.

The European Commission also rolled out a new $825 billion package. Using debt that will be repaid with EU-wide taxes charged until 2058, the Commission plans to distribute €500 billion in grants and €250 billion in loans to help the continent’s economies recover.

The plan spearheaded by Angela Merkel and Emmanuel Macron shows the continent may be approaching a “Hamiltonian Moment,” reminiscent of the historic agreement between Alexander Hamilton and Thomas Jefferson on public borrowing. Fiscal policy convergence in Europe could prove to be a big deal, setting the stage for lower risk premiums in that market going forward.

In other words, this may be an opportune time to take a shot at some downtrodden European stocks.

#5: Tepid sentiment amid a powerful rally is bullish

Fisher offers an important perspective here. Too often, investors mistakenly perceive good news to be a normal part of how bull markets evolve. Not so.

Paradoxically, the best time to invest is usually when the volume of bad news nears a crescendo.

Markets rise when the unfolding economic reality exceeds expectations. It’s easier to exceed expectations when they are low, as is presently the case. In the latest survey by the American Association of Individual Investors (AAII), only 33% reported a bullish outlook for stocks.

Don’t fall victim to the Pessimism of Disbelief.

Optimists beat pessimists in life and markets. Stay prudent, but never lose sight of that truth.