The S&P 500 rallied 1.5% this week as investors celebrated a continuation of the Fed's ultra dovish monetary policy .

The mainstream news cycle was focused almost exclusively on Afghanistan this week. Geopolitical flare-ups like this can easily play tricks on investors' brains, tempting us to conflate the chaos overseas—and our feelings about it—to the potential for chaos here at home or in the capital markets. In reality, the business cycle and stock market are almost completely disconnected from most geopolitical events on this scale, as evidenced by the market rallying even as the situation abroad has deteriorated.

Domestically, the economy continues to expand but there are signs the pace of growth is cooling. In August, U.S. factories and service providers—as measured by the IHS Markit surveys of purchasing managers—experienced a substantial dip in activity from July. On the service-sector side, the purchasing managers index fell to an 8-month low of 55.2, while the manufacturing (factory) index sunk to a 4-month low of 61.2.

The Federal Reserve Chairman, Jerome Powell, delivered a closely-watched speech to the Jackson Hole Summit on Friday, which restated many of the Fed’s previously-espoused views. Powell continues to hold a “glass-half-empty view of the labor market,” focusing more on the 6 million who remain unemployed than the fact there are currently more open jobs than unemployed people in the U.S.

Silverlight continues to believe inflation will surprise to the upside and ultimately be stickier than many expect, which we believe will eventually force the Fed’s hand. Several Fed members publicly vocalized support this week for tapering QE sooner rather than later. Chairman Powell may be the most powerful person in Washington, but he's also part of a committee that appears to be leaning more hawkish by the day.

As a general update, please note 5 Things will be going on a temporary hiatus to allow time for other projects. We appreciate our loyal readers and will be back at it soon!

Healthcare Is Our Top Sector Pick For The 2020s 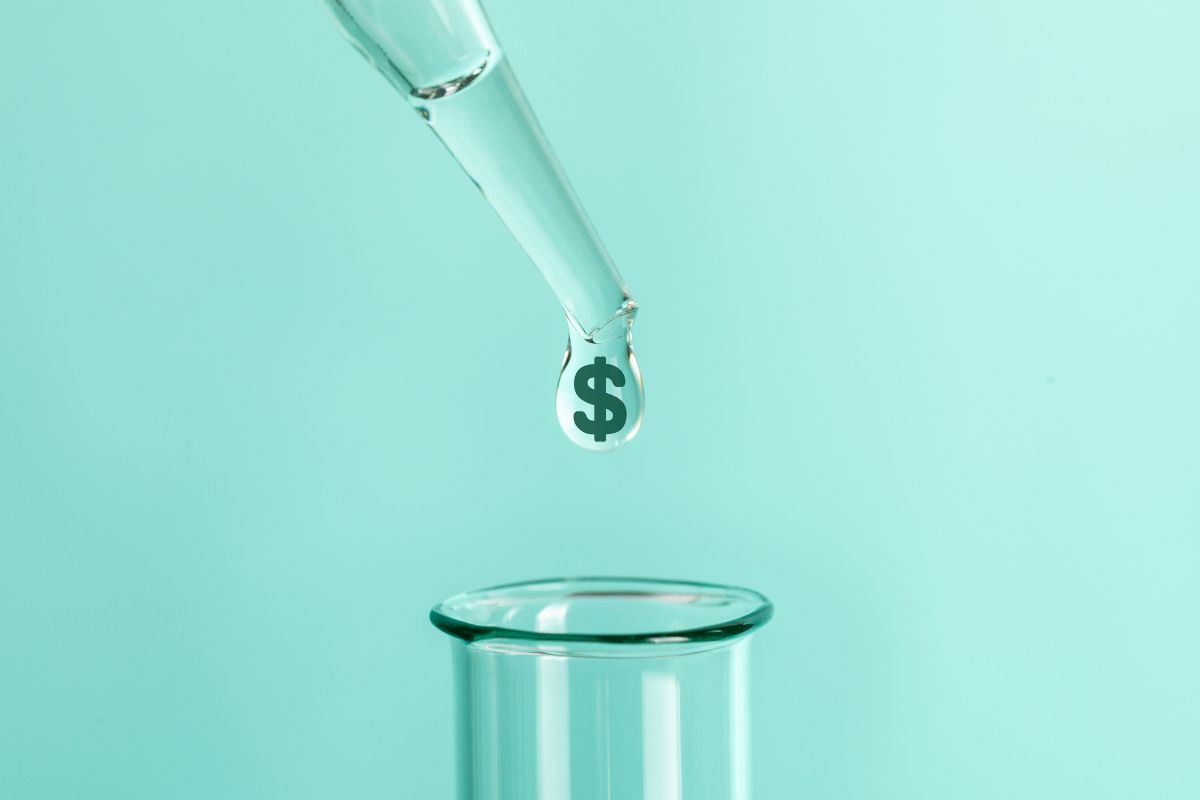 Technology stocks were the buzz of the 1990s, before the bubble burst and gave way to leadership in Energy, Materials, Banks, and Emerging Markets in the 2000s. A ‘new and improved’ Technology sector, dominated by mega-cap companies, reclaimed the throne in the 2010s.

Throughout all of this time, healthcare stocks have been hanging quietly in the middle of the pack, maintaining an approximately 13% weight in the S&P 500 index for the last 20 years. It may be time for a breakout.

The pandemic has put healthcare in the spotlight, but there are shifting factors in the United States that may keep it there:

Perhaps above all, the sector enjoys high pricing power that is largely recession-proof, which we consider strong attributes in an environment of rising inflation and slowing growth (both of which Silverlight is currently forecasting).

Reminiscent of big cap tech stocks in the early part of the last decade, the U.S. health care sector is reasonably valued. The S&P 500 Pharmaceutical Index trades at 15x earnings compared to 22x for the overall index.

Arizona Shows How America Can Still Win In Global Trade 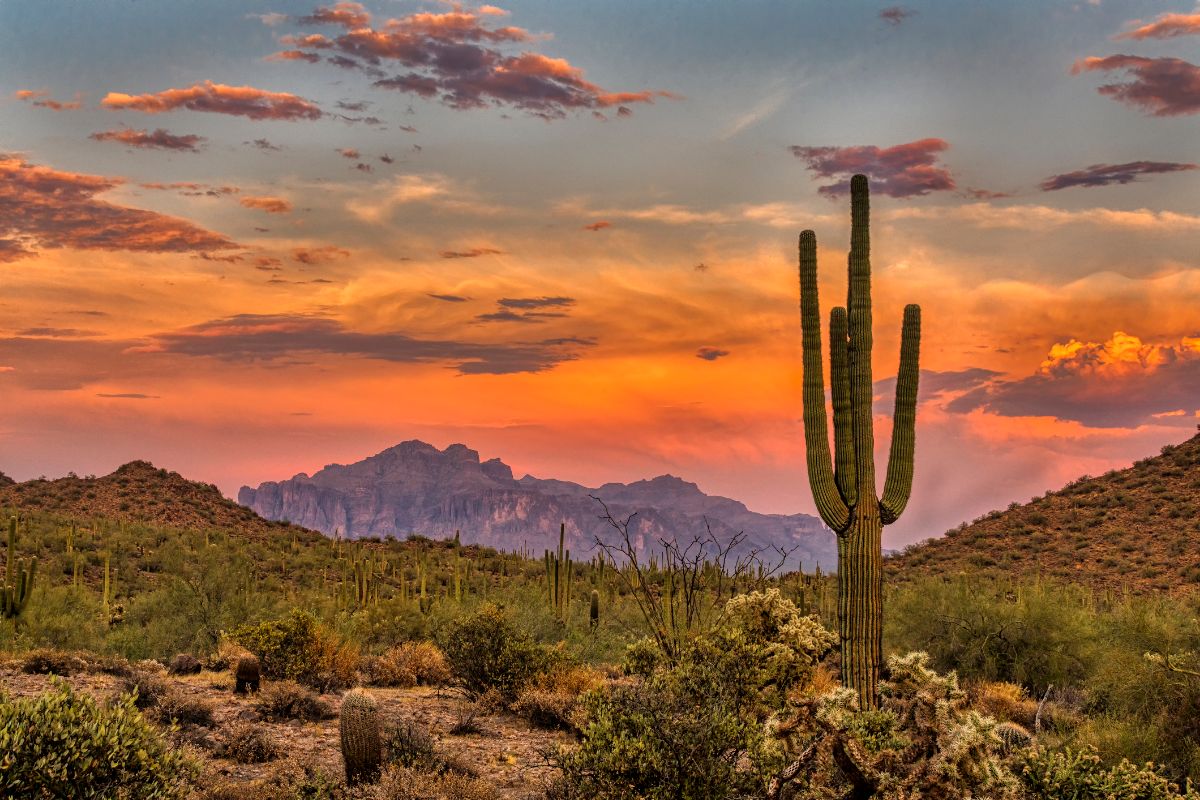 In many ways, this experience and the previous administration’s tough stance on trade have created the perception that trade, foreign investment, and globally diversified supply chains are all conspiring to move U.S. jobs overseas. But sometimes the work flows the other way, too.

The world’s premier semiconductor maker, Taiwan Semiconductor Manufacturing Co. (TSMC), is building a $12 billion factory in Arizona where hundreds of American engineers will manage the robotics and complex tools needed to fabricate chips. TSMC could have gone to Mexico or Japan, but it chose Arizona because of the need for skilled labor and proximity to the end customer. The U.S. provides both, and can provide both for many complex manufacturing businesses outside of the semiconductor industry.

What positive attributes attract businesses to Arizona? The state offers a streamlined regulatory system, affordable operating costs, a diverse innovation ecosystem, skilled labor, in a region typified by a high quality of life.

The state doesn't have the lowest overall tax burden in the country, but it maintains manageable levels in relation to the quality of benefits that businesses enjoy when they set up shop there. The state sales tax is 5.6%, which is middle of the road. There is a flat corporate income tax of 6.9% and personal income taxes range from 2.6% to 4.5%.

The state's economic development agency, the Arizona Commerce Authority (ACA) emphasizes a three-pronged approach: attract, expand and create. Winning a major investment by TSMC is a vote of confidence that says the formula is working. 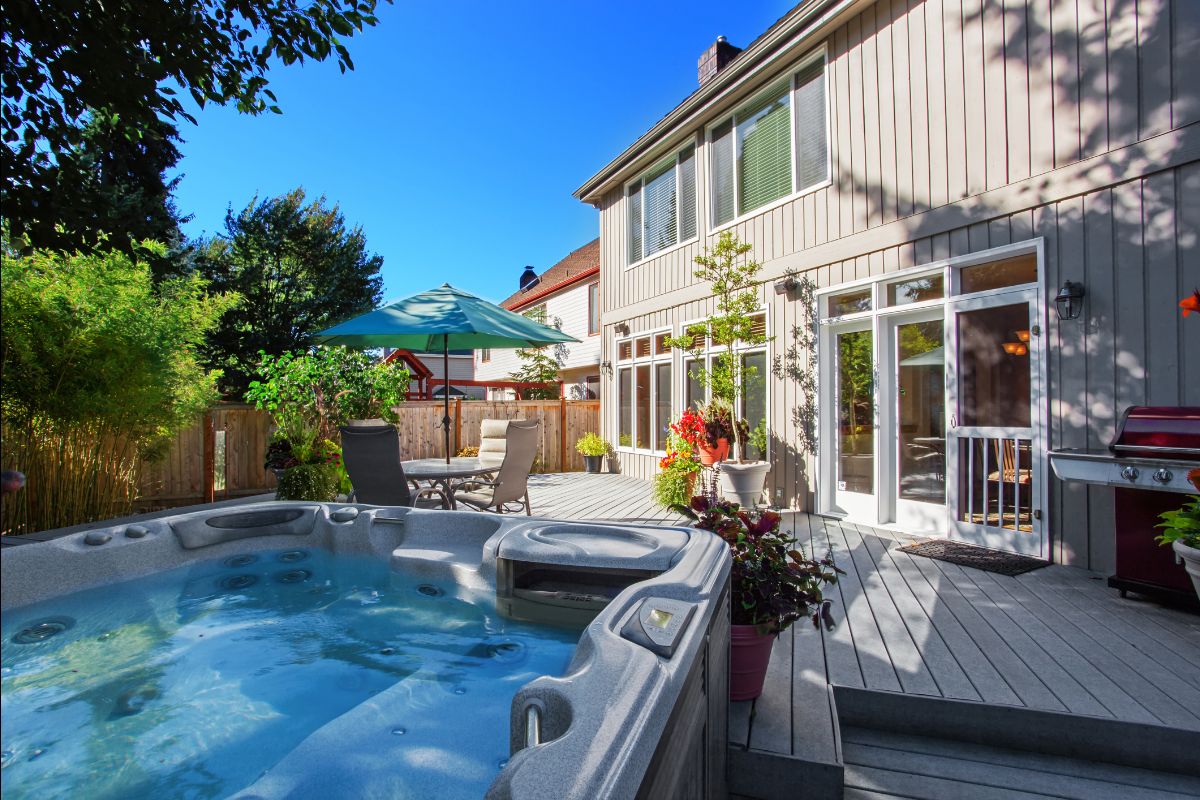 Supply chains are struggling to hum again, and bottlenecks and delays are common. Most people know about this issue, but few actually understand it’s inner-workings. A hot tub company in Utah can help clarify.

The Wall Street Journal offered a fascinating tour of how Utah-based Bullfrog Spas relies on global supply chains to make hot tubs, and the complexity of each build underscores why delays and bottlenecks abound.

Bullfrog Spas was a big beneficiary of the home improvement craze that was supercharged by government stimulus checks. Orders have been off the charts, but deliveries have lagged behind. That’s because parts for each hot tub come from 7 countries, 14 states, and travel a whopping 887,776 cumulative miles to make a single hot tub.

Here's a sampling of components and where they come from:

It’s easy to see how a single issue in the supply chain can disrupt the entire process. What’s more, even if all of the parts are made and assembled on time, issues with shipping – whether it’s a shortage of truck drivers or a vessel lodged in the Suez Canal – can also create delays that add costs.

For many companies, including Bullfrog Spas, multiple issues in the supply chains have created major headaches. Before the pandemic, a hot tub could be delivered in a few weeks. Today, it can take up to six months. 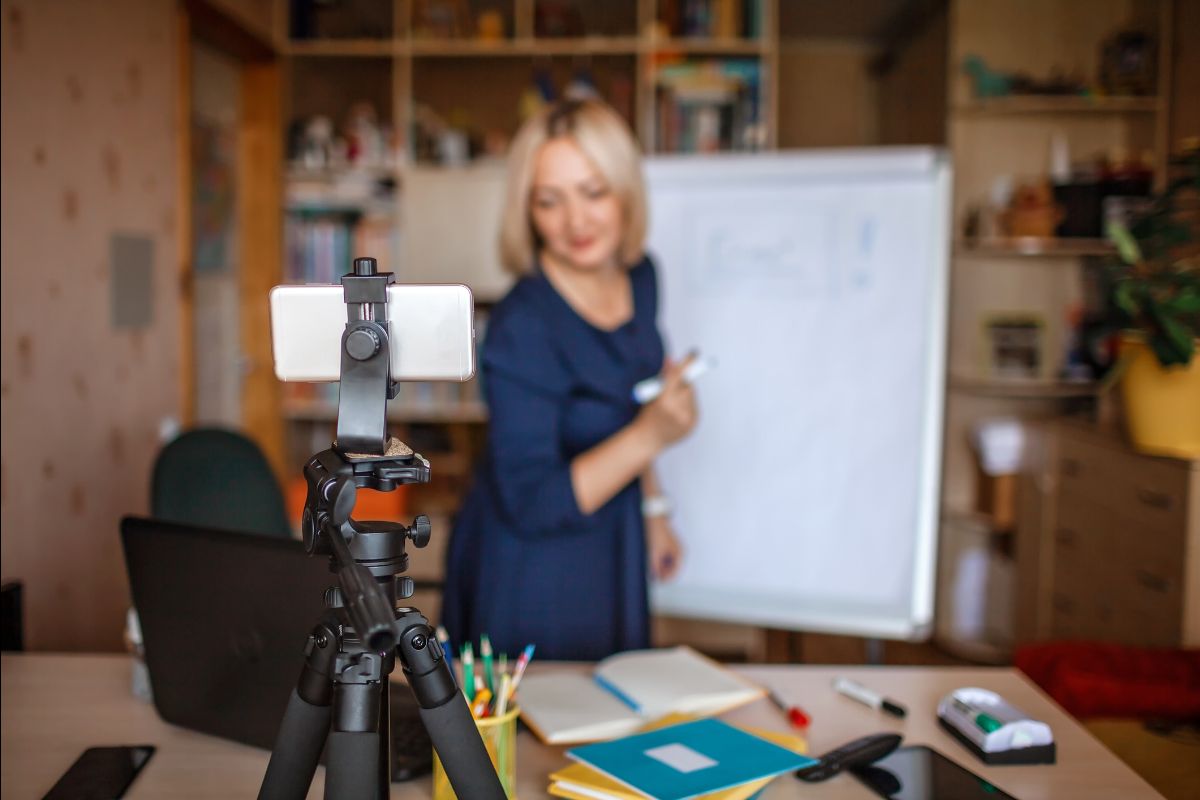 We have written before about the changing work environment, and how companies are actively trying to figure out what the future looks like. Our baseline assumption is that the pandemic has forever changed the culture of commuting to the office five days a week. Any company planning to require a 100% return to the office will not only lose key employees, they will also likely fall behind in the race to attract top talent.

The future of work question is where the balance hangs, i.e., how work will be allocated between time in the office and time at home or in remote settings.

Studies are starting to emerge that may help corporations navigate the issue. A recent study of 30,000 U.S. workers found that working from home around one day a week would boost productivity by 4.8%, with a significant part of the one-off increase coming from reduced commuting time. The relief of not having to go to the office may also provide a boost of happiness and energy to more vigorously and creatively work on the day’s tasks.

Another study from the University of Chicago’s Michael Gibbs, however, found that workers at home were more susceptible to domestic distractions like childcare and errands, and the report also noted that people working from home may exaggerate productivity in an effort to maintain the privilege.

As we have alluded to previously, some version of the “hybrid work” model appears to be the happy medium. For example, the company that designed the simplest interface for internet search has a simple solution: Google plans to allow employees the ability to spend two days a week “wherever they work best.”

There's No Such Thing As A ‘Buy-and-Hold Forever’ Stock 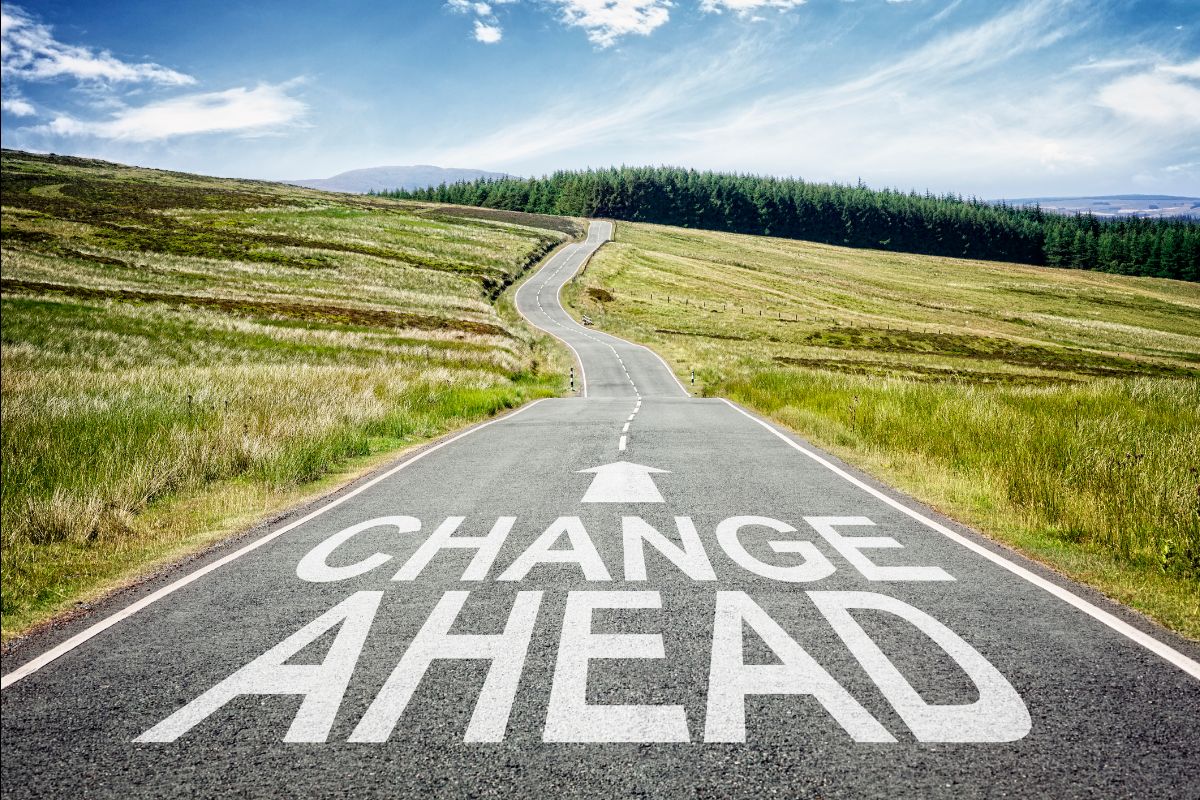 We came across an excellent article by our friends at Ensemble Capital this week that presented a thesis we generally agree with: there is no such thing as a stock that investors should buy and hold forever.

This thesis is especially true in today’s economy, when technological innovation is rapidly changing what we consume and how we consume it.

The article uses Starbucks as a good example. 10 years ago, Starbucks was building a model where consumers could gather on cozy couches or in open areas for conversing and holding meetings. Today, you’d be lucky to find a Starbucks with more than just a few seats. Before the pandemic, some 80% of Starbucks’ orders were to-go, and it seems highly likely that number is even higher today.

Point is, the stock an investor bought 10 years ago is probably for a company that looks significantly different than it does today. It may have different management, and it may even sell a different product or service altogether. At one time, it may have been the best company in its space. But today it could have several competitors nipping at its heels, poised to grab market share.

Over time, companies undergo transformations and have to constantly adapt to shifting market conditions. The competitive landscape is always changing. So, investors must stay fluid in how they asses evolving risks and opportunities.

For instance, Apple is a very different company today under Tim Cook than it was under Steve Jobs a decade ago. Jobs was an innovator, whereas Cook is an operator. Apple's P/E ratio the day Jobs died in 2011 was 13.7. In 2021, Apple's P/E is 29.2.

Don’t Worry About Answering Every Email

Some readers may remember an “inbox zero” trend that gained some traction a few years back. It was accompanied by apps to help organize inboxes and archive old emails, and also featured scores of advice pieces for how to tidy up your inbox.

The movement fizzled – probably because people are realizing having zero unread emails doesn’t change their quality of life much.

If anything, the opposite approach may be more appealing for many. In what journalist Taylor Lorenz has memorably dubbed “inbox infinity,” you can choose to accept that we're getting more email than ever, and it's okay to wave the white flag.

According to a recent study by Radicati Group, a market-research firm, people around the world exchanged 269 billion emails a day in 2017. By 2021, that number is projected to reach more than 333 billion.

The takeaway we appreciated the most, however, and the basis for this week’s Life Hack, is that trying to read and respond to every single email or text message “puts you at the mercy of other people’s priorities rather than allowing you to set your own.”

Ultimately, you have a right to safeguard the sovereignty of your time.